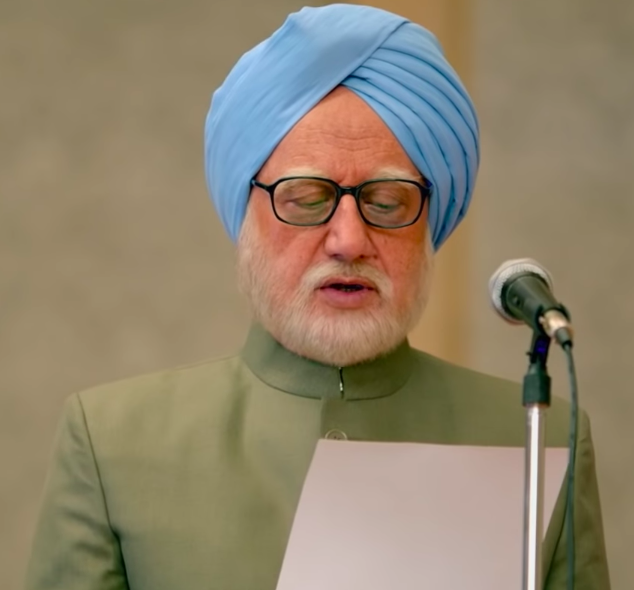 The Accidental Prime Minister is like an uninteresting synopsis and as it comes to a close, it feels incomplete.

As the movie begins with news headlines that are flashing on television channels, it was ostensibly like a slight hint to the audience as to how the movie will pan out. Directed by Vijay Ratnakar Gutte, The Accidental Prime Minister is based on a memoir by Sanjaya Baru. Just like those news headlines, the movie remains a mere overview of Manmohan Singh’s tenure as India’s prime minister.

Unlike Narendra Modi, who succeeded Manmohan (Played by Anupam Kher) as India’s Prime Minister and is a great orator, Manmohan had a reputation of being a soft-spoken person. The movie takes superabundance of time in establishing this characteristic nature of Manmohan and keeps doing so till the end. It depicts the slow change in the attitude of Manmohan and it gives us a glimmer of hope that there might be some interesting ‘inside’ information that we will get to see on screen. But the film turns out to be a recapitulation of the events that transpired in his time as the prime minister and nothing else.

The film attempts an exact imitation of real-life personalities – Sonia Gandhi, Rahul Gandhi, Ahmed Patel, APJ Abdul Kalam to name a few. Even Anupam Kher does his best to render a copycat version of Manmohan Singh. But that remains just an initial reaction of “Oh, that is Abdul Kalam!”. It never works at all as far as engagement is concerned and we hardly find them interesting anymore after a period of time. Akshaye Khanna as Sanjaya Baru is narrating the whole story and even faces the camera and talks to the audience in the process. It seems interesting initially but gradually it loses its sheen as well. The ‘punch lines’ used in the film further aggravates the whole mood (Manmohan refers to himself when he says that lion never brushes its teeth). The Accidental Prime Minister is like an uninteresting synopsis and as it comes to a close, it feels incomplete.

A colossal cinephile! View all posts by Shankar Gurumurti